Starting early morning, I had no idea what I had signed up for. We were going to a hike up to Balthali Village Resort. And the thought really was scary. Me... walking... It does seem a difficult thing if you travel in your two-wheeler all day.

14 of us took an early bus from Kathmandu to Panauti. Firstly, when we are with friends, we tend to enjoy the journey more than usual. But it gets much more interesting when you get to have an spectacular view of hilly landscape around your path. After reaching Panauti in about an hour, we went up the Gorakhnath Temple. The stairs, built to make it easier for the visitors was much of a hardship for us already. We couldn't think how we were going to hike up the hill. We would stop every few steps, as an excuse to take photos. In mid-May day, it was taking all our energy to walk those stairs. Even after that, we wanted to see the suspension bridge, which was all enough to make us hungry. After taking a look around the bazzar of Panauti, we finally found a good place to have lunch and starved as we were, no wonder we ate so much of typical masu-bhat. Stomach-full, unable to walk in the mid-day sun, we decided to take a bus to Khopasi, and walk from there.

The hike was about 2 hrs, which we all enjoyed a lot.We were sure, we could reach there in an hour, but as we were taking the tortoise-speed, it took us 2 hours to reach the place. The music was playing on the portable music system and kids from local village would follow us around. Few of us, including me of course, would walk a few paces faster, so that we could rest while waiting for others to reach us. Then we would take a lot of pictures together and then speed up again. Talking, laughing, how did those hours passed, no one knows. The hills looked too near at first, but they were really far, thankfully no one was hopeless. They all could reach the top without any breakdown :)

The resort had an awesome view of lanscape below it. Some of us decided to go swimming, in the river below the hill. The rest of us decided to take shower. Stalling the evening with cup of coffee (which was too bitter for my taste), we talked of every nonsense that could reach our mind. Then the singers and guitarists came up with songs that lightened the mood and brightened the evening. We all enjoyed the music with lots of jokes.

After dinner, some went to watch movie, some to hear different stories about others and some to sleep (as there was a game which no one wanted to fall asleep in between). When the game started, half went to watch it, few went to sleep and few talked their lives. I still cannot forget the stories I heard, the expressions I saw. The times shared were unforgettable and the memories are engraved in our memories.

We all were asleep by 4:45 am. And most awake by 8 am. As it was a nationwide strike, we were all upset about getting back to Kathmandu that day. So to release some tension, some went back to sleep, some played cards, some played game in laptop, and some watched movies. When we heard we could get a vehicle back, we were so happy that all girls packed up faster than possible in most cases :D But we were not on move till 4 pm. Walking down the hill was much fun that getting up, even though I slipped a lot. But the process of last day was still on. We would walk a few paces faster and rest while others caught up and we would take pictures again. Then when we reached Khopasi, we got on our van and drove all the way back to Kathmandu with all relief. 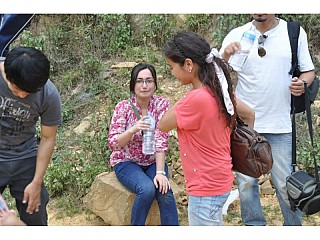 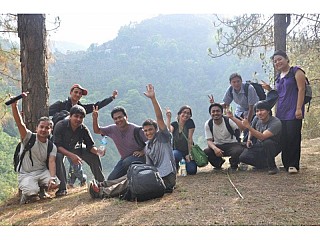 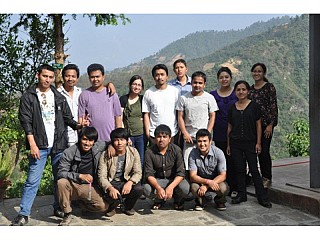 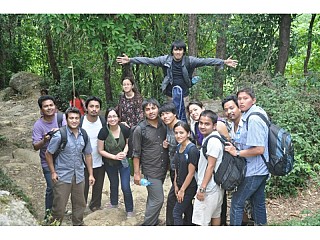 on our way back.. 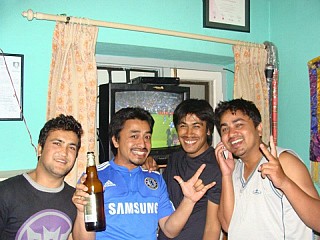 chelsea fans...all smiles after the win.. 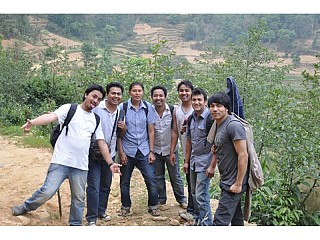 photos on the way... 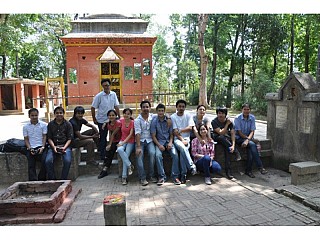 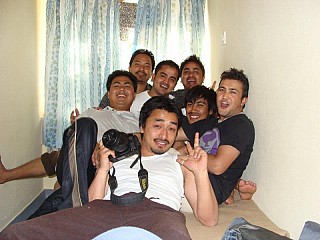 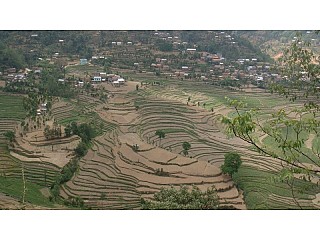 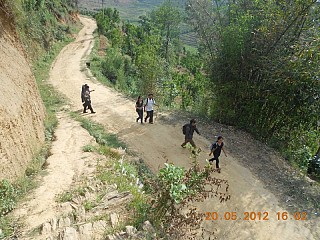 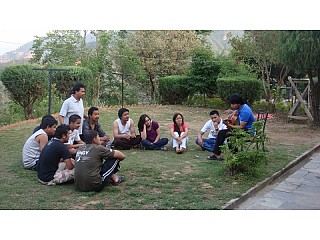 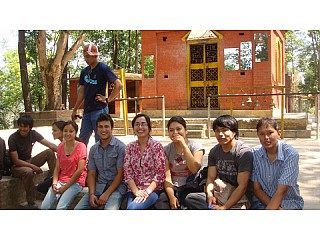 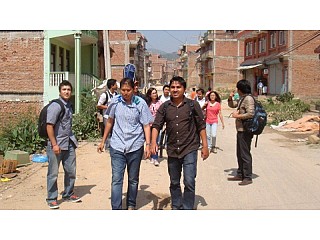 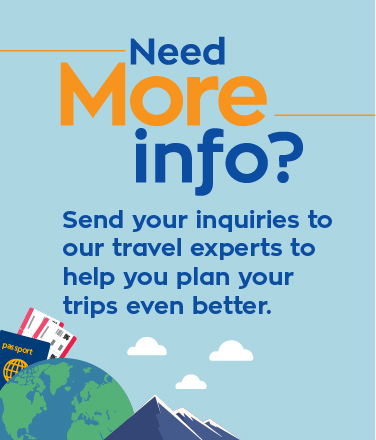